Skip to content
How Can We Help?
< All Topics
Print

3 Reasons Breaking a Sweat is Beautiful

Throughout our history sweat has had a bit of a bad reputation. People often say it smells and it sometimes shows up unannounced or at the wrong time. When sweat is around others are sure to notice, but is that a bad thing? Though there may be moments where perspiration isn’t convenient there are more moments in which the process is keeping you well.

Embrace your sweat friends; sweating is a healthy and normal process that is necessary for healthy body function. Let’s look at three ways breaking a sweat is beautiful and why you should do it more often.

We sweat for a variety of reasons, such as a hot day, warm temperatures, a physically exerting workout, sickness, fever and sometimes fear or nervousness. Humans have between 2 and 5 million sweat glands that produce this water-based secretion onto the skin through a duct system.

The process of sweating can remove waste from the body, and contrary to popular belief, it isn’t actually stinky. The odor you might be smelling after a long work-day followed by hot yoga is the bacteria on the surface of your skin interacting with the sweat produced by the apocrine glands.

What in the world does all of this mean?! It means that the production of sweat is natural, essential and healthy! 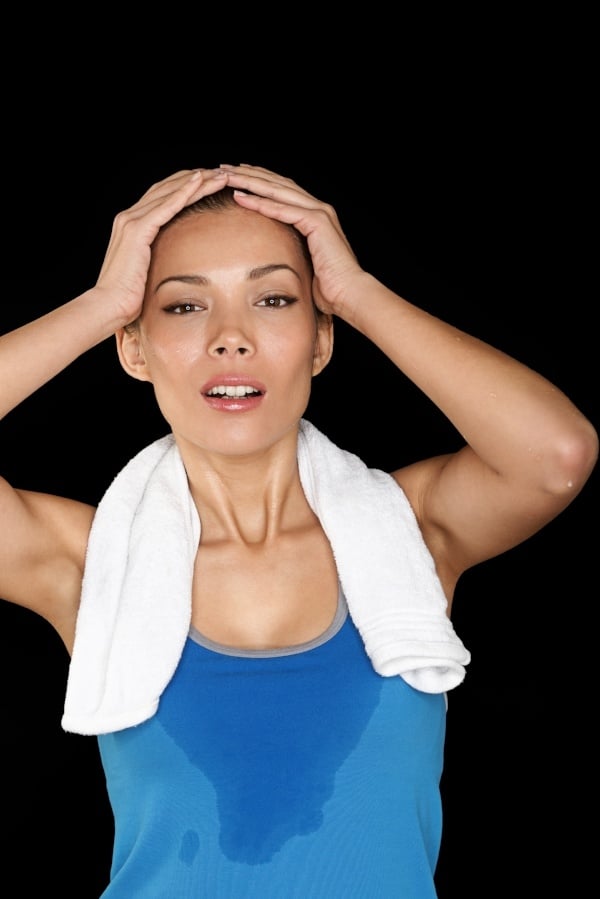 A natural cleansing of the body happens while you’re sparkling with sweat and it’s crucial to make sure you’re staying hydrated. When we sweat, our pores open up and can release the dirt, makeup and environmental toxins trapped inside. Do be conscious of cleaning your skin as well. Experts say it’s important to wash your face after a sweat session. All of the dirt in our pores can accumulate on the surface of your skin creating more skin concerns if not properly washed.

Working out or exposing the body to heat to produce perspiration does mean you’re losing water weight, but you’re also burning calories that won’t be back when you hit the drinking fountain.

German studies reported by The British Journal of Medicine state that researchers have found that sweat contains an ingredient, called Dermcidin that can kill bacteria and viruses found on the surface of the skin. It’s still important to wash up or dry off after a sweat-session, especially if your skin is sensitive.

Toxins, germs, and pathogens can be unavoidable, but when a dermatologist named Diane De Fiori at the Rosacea Treatment Clinic in Melbourne, Australia spoke with Medical Daily, she told them that “Sweat contains antimicrobial peptides effective against viruses, bacteria, and fungi. These peptides are positively charged and attract negatively charged bacterial, enter the membranes of bacteria, and break them down.”

Have you ever noticed how you feel before and after a good workout or infrared induced sweat session? Before getting sweaty you might feel like a cranky Cathy, but after you sweat it out you feel like a million bucks?

Humans often associate warmth with well-being and relaxation, but scientists suggest that our brains are temperature sensitive and can play a large part in affecting our mood. Feeling grumpy? Wrap up with infrared, sweat it out and allow your stress or lousy mood to release.

The production of sweat has also been known to lower the risk of kidney stones, heal wounds, help with preventing illness and much more. Don’t be shy about your sweat! We all do it, and it’s natural, healthy and a beautiful part of how our bodies work.

Tags:
Previous 15 Low-Cost Marketing Tips for Salons and Spas
Next 3 Reasons Infrared Should be Part of Your Fitness Routine
Table of Contents